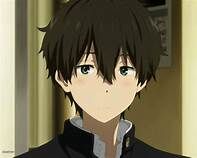 Hidan Hibana was born on September 6 as the last born son of Satō and Yōgan since the birth took five days he was supposed to be born on the 1st. He wanted to fall off the Todoroki Volcano because his father had met his mother because he did, Guren had stopped his younger bother.

His older brother was killed in a battle and because of that Hidan wanted revenge but his parents talked him out of it by saying that Guren probably wouldn't like that and he didn't die in vain.

His mother died in his father's arm when Hidan was 60.

Hidan was quiet, shy and bullied for much of his childhood life. When his brother died when Hidan was 19, he went into depression and same with his mother.